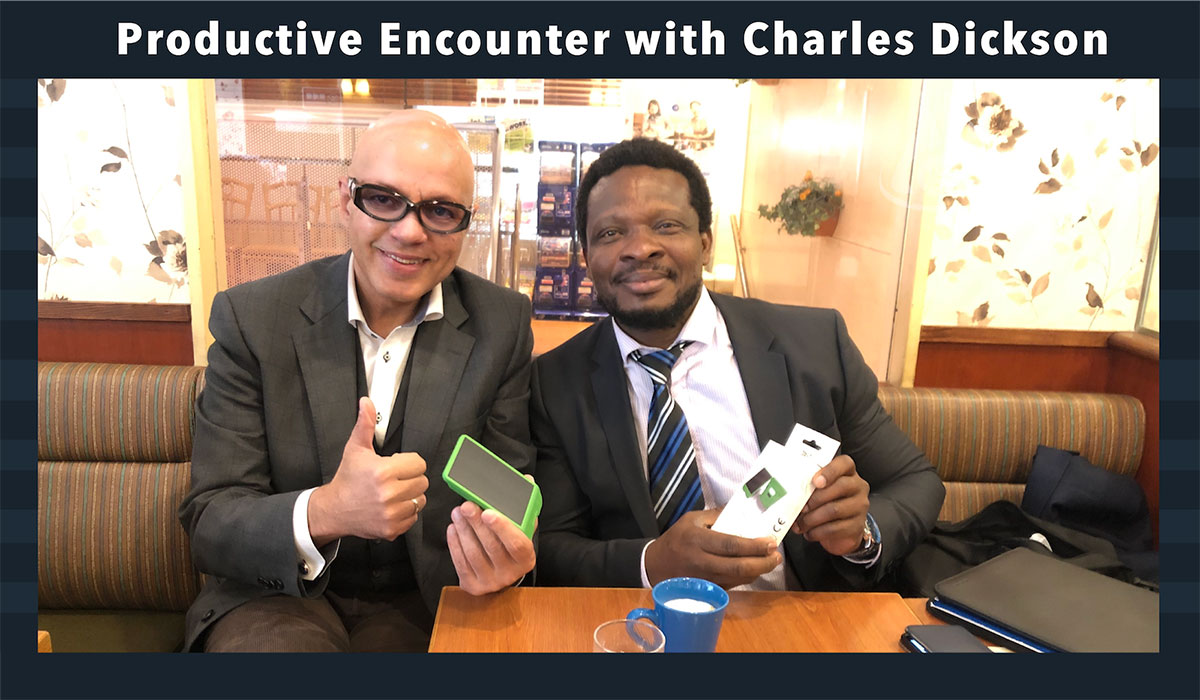 Great inspiration and a heart for innovation:

Meeting Charles Dickson was most interesting in every way of the term. He came to Japan with the hope to encounter a good network to support him deploy his amazing innovations and luckily he is a friend of Nobuko a brand ownership member of the Marine Foundation. Upon his arrival to Japan, Charles told Nobuko he was going to meet with Ambassadors, etc… and she stopped him right there saying all she needed to meet is a friend from France a strange guy by the name of Tomeo. She did not tell him who I was or was doing and did not mention anything about Charles before me meeting him either. Well coming from Nobuko, I told myself something special must be going on and I was right. Meeting Charles was revealing, inspiring and providential.

It is the heart that speaks first. We met in some local coffee shop and there I met someone whom I felt was heavenly connected. Charles started talking about his sister who passed away several years ago, while delivery her child in a situation where electricity was lacking. The child also departed with her in the chaos of local doctors using lanterns trying to operate and no medical equipment. He said it was a disaster and something that has anchored heavy on his heart since. Charles then went on a crusade for betterment and this phone charger you see on the photo below is one good idea that emerged when living in the Netherlands where he became a resident.

The path of becoming an entrepreneur in Europe as an African man was needless to say a very difficult endeavor and challenged by an occidental ego of ignorance of Africa where people there do not invest but only based on their ego and knowledge of what they think as reality. Charles had to go step by step and works days and months to provide funds to his innovation, where the guidance of wisdom took him suddenly to where others had not expected him to reach. Little do we know, the young entrepreneur was on the edge of great initiatives which today could largely make great participation in the development of humanity if he just happened to meet the right platform. The right platform is of course: The Marine Foundation.

The gadget you see below is intuitive and correct in all the forms of its utility. A phone re-charger that uses the sun and light with no need to connect to electricity. Very necessary for tens of thousands of rural Africa where villages are dispersed into the beautiful virgin nature of the Motherland. It has a very strong light that clearly also provide support in all kinds of situation. In the modern cities of our world, it might not seem as vital as it sounds, but think about it, what if your child left with a group on a camping excursion, what would you want to him to have? You would want your child to stay in constant communication with you or at least have an instrument for an emergency of any kind. Does that sound familiar? Of Course, you can see in the photo below, Charles with Richard Bronson and business men do have the usual speech “see if it sells and comes back to me” type of answer. However Richard Bronson is unique and a most wonderful human being, encouraging and cheerful; I understand the good heart of successful owners but their children are usually born into wealth, and the reminder of one’s own suffering is not often relevant to the needs of a world at large that still needs lots of help. How can this really take to his heart? That is where inspiration flows best to those who connect internally to what means the most to live a good life, and for most of the businesses, everything drives out of profit first turning the inspiration they originally felt to fade away the day they have become the wealthiest people on earth.

To my clear calculations, the “Green Sun Light” will sell to hundreds of millions and I have the perfect strategy for that. I will have all the 54 countries of Africa pass a legislation for every family on the continent to automatically receive a “such product” as an emergency communication tool for all. Then you have all the other countries of all the other continents. I will take the case to the African Union and make the UNICEF AND RED CROSS partners of the project. So if any huge corporation out there, ever wanted to make a case for a humongous marketing driven campaign then call me immediately at +8190494465599 and I will reveal to you the component strategy by which your name will be known to markets much beyond your reach or expectation.

But Charles is actually much bigger than “Green Sun Light” as per the application he developed to serve the need of international professional communication through an ingenious app. WEEMEETZ is something that will clearly become of a component of our WIKINATIONS platform at Marine Foundation which comes in the form of the first International Chamber of Commerce and Tourism Online Platform. This is where, truly the understanding that “business/concept association” can be so much more fruitful than just venture capitalism, where investors are usually as blind bats bathing in the sun. Today, Charles has come to new but timely heaven to what he has sought to realize most of his life. Nobuko has done the right thing and on our departure from one another, jokingly saying: “Please enjoy the rest of your time in Japan, you have found what you came looking for. No need meeting “Ambassadors” or so-called business VIP’s. You met me and that’s all there is to it”.  What I should say is that Charles Dickson met the Marine Foundation and that is all there was to meet while in Japan. 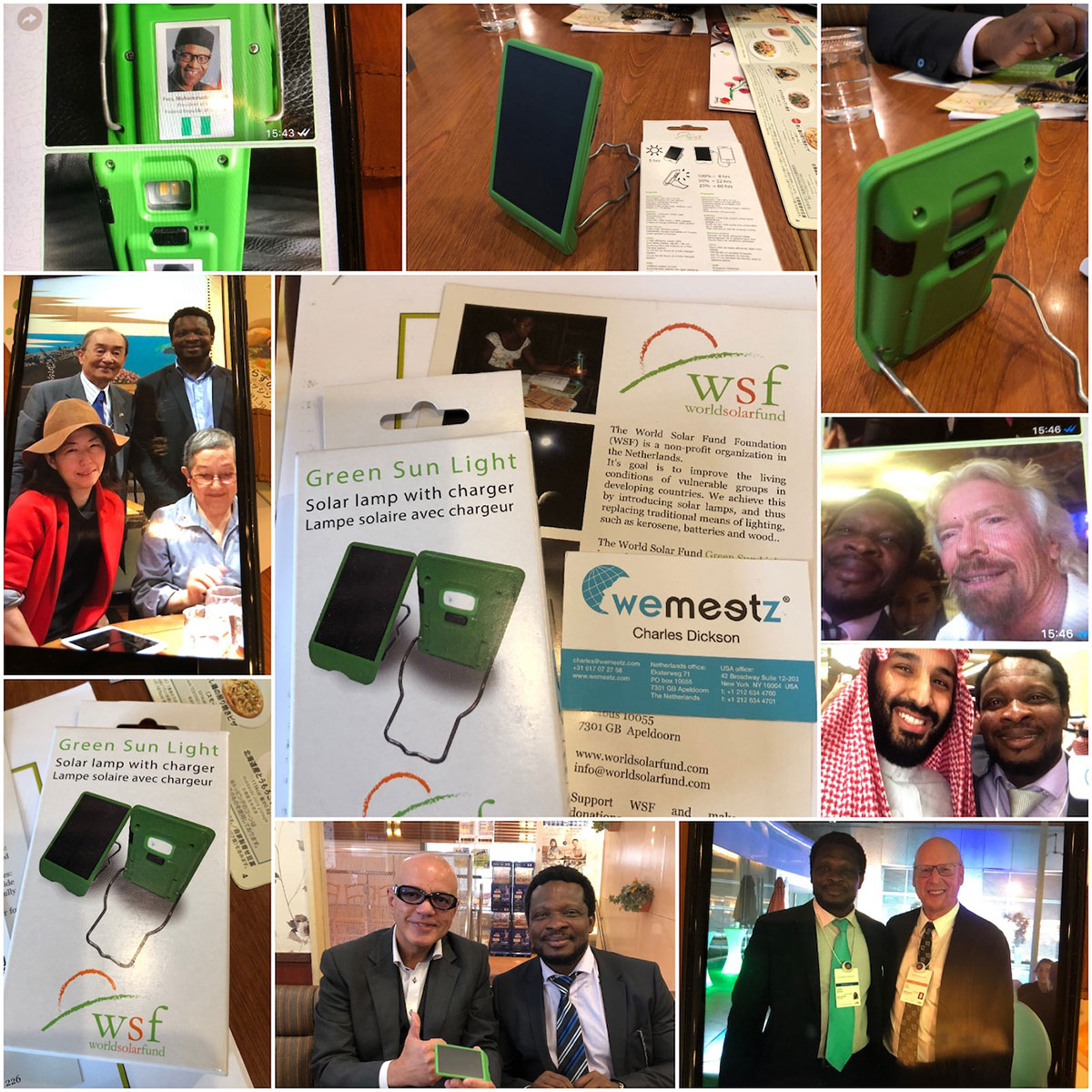